Fresh from its debut victory at the Daytona 2000Kms, here is chassis ‘5571GT’ – the first of the ‘new-build’ GTO64s – during its run to seventh place in the Sebring 12-Hours, with David Piper, Mike Gammino and Pedro Rodríguez driving. 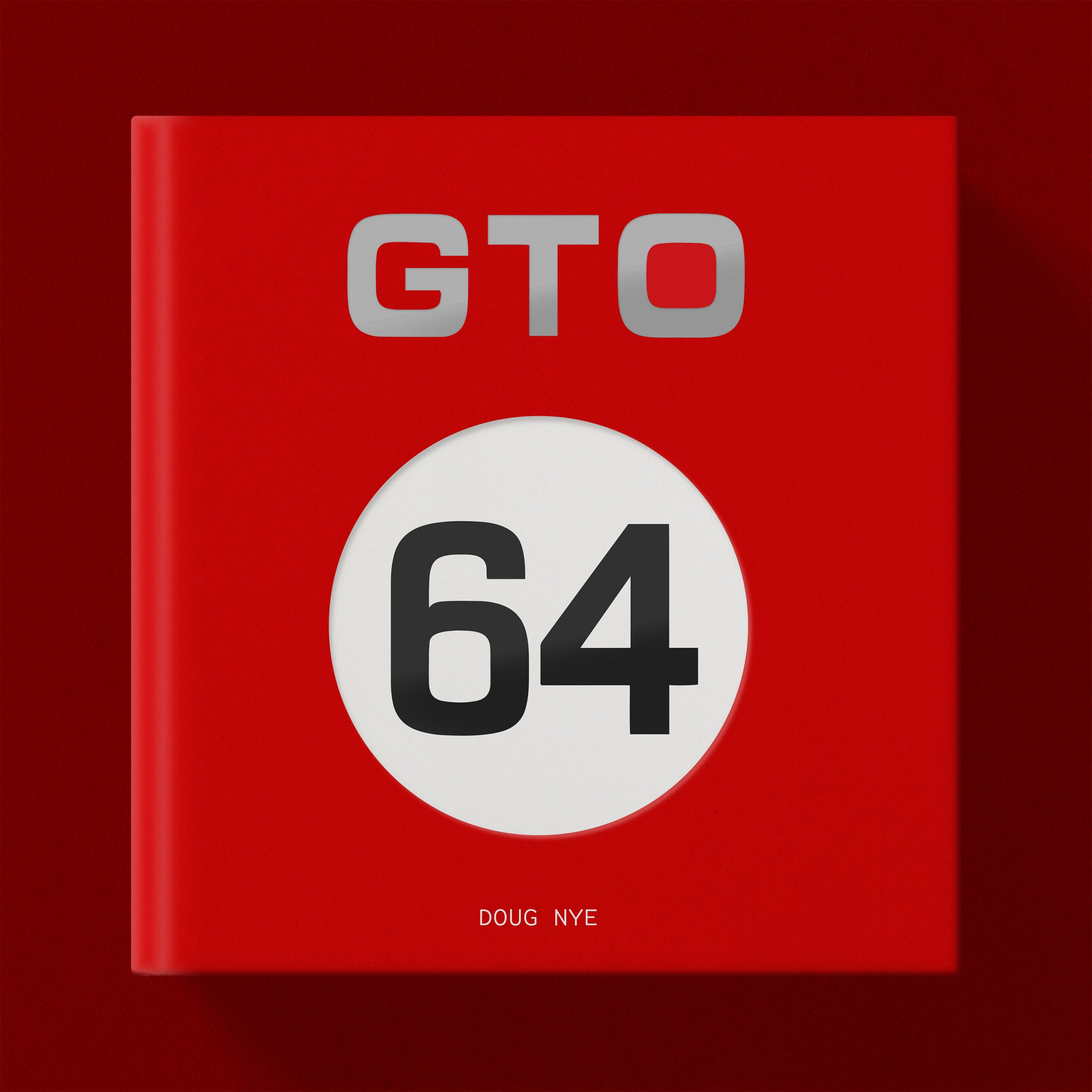 Despite the introduction of the 250LM and the successful 250P in 1963, Enzo Ferrari remained distrustful of the rear-engined revolution in motor sport, particularly for sports cars and Grand Tourers, and he persisted with front-engined machines even as most of his competitors adopted the new direction.

In some ways the introduction of the GTO/64 was a last throw of the dice in striving to maintain the relevance of front-engined Grand Tourer Berlinettas in motor racing, even though sales were telling a different story. Some 176 250GT SWBs were built 1960/61, while sales of the 250GTO in 1962/63 was limited to 36, with the final iteration 250GTO/64 reaching a mere seven examples, only three of which were built ‘new’ for the 1964 season – albeit on existing modified 250GTO chassis – with the other four rebodied from earlier ‘Series 1’ 250GTOs. 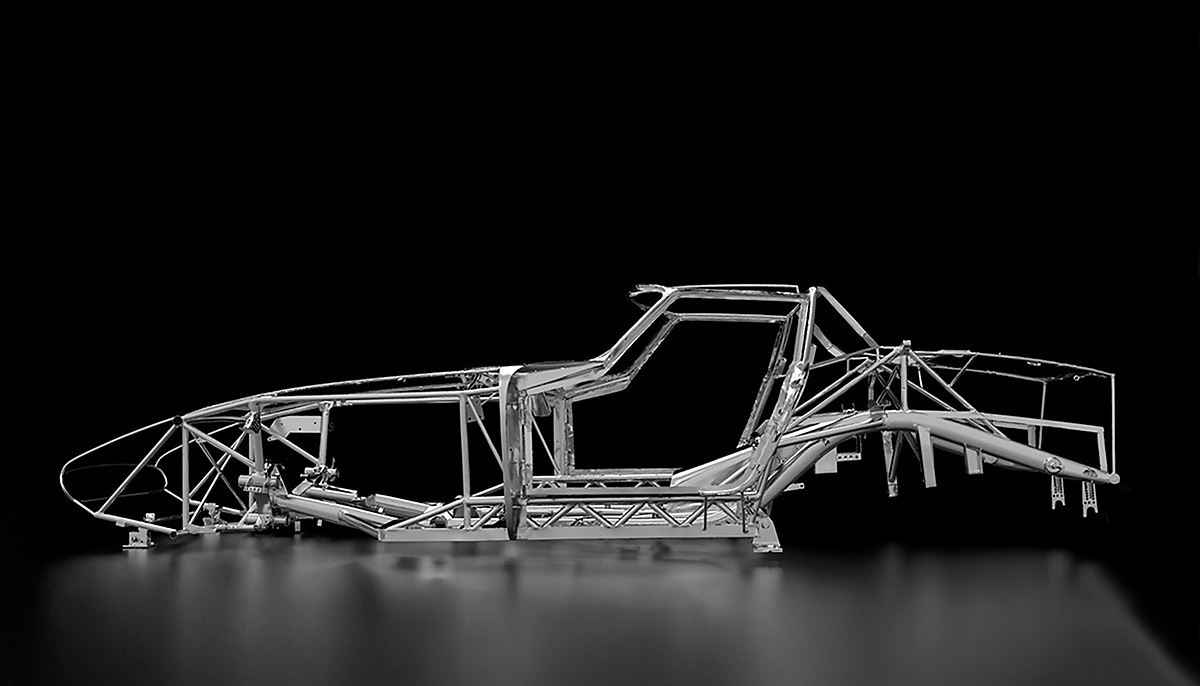 The bare chassis of ‘5573GT’ during a comprehensive rebuild by Parker-Newton Restorations and Patrick Ottis & Co that was completed in May 2021, in time to go on show at the 2021 Pebble Beach Style et Luxe.

As the 1964 season began the three ‘new-build’ cars were prioritised as semi-works entries for the major international races – namely the Daytona 2000Kms, Sebring 12-Hours, Spa 500kms, ADAC 1000Kms, Le Mans 24 Hours and Reims 12 Hours. Always sensitive not to be seen as outclassing private buyers for his cars by entering a full works team, Enzo Ferrari entered these cars through preferred concessionaire teams, seemingly also privately entered, albeit with varying degrees of works support behind the scenes. These three were subsequently joined at the European races by the newly rebodied Maranello Concessionaires version, which had already proved highly successful in British national races as a ‘Series 1’ GTO during the 1963 season. 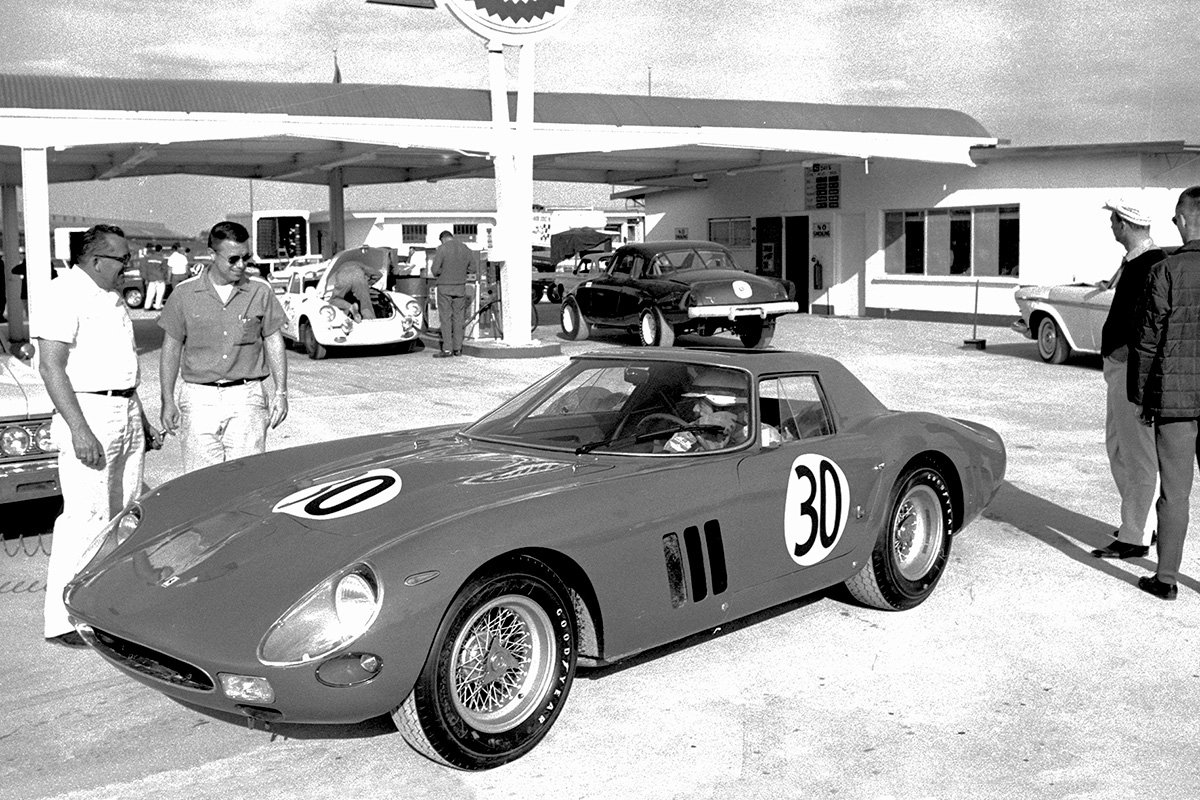 Phil Hill drives ‘5571GT’ on its first public appearance, in the paddock prior to its debut victory in the Daytona Continental 2000Kms, where Phil Hill shared driving duties with Pedro Rodríguez.

All of these races, and the cars and drivers who competed in them are described in detail in the book, which also includes coverage of the Paris 1000Kms and 12 other national events in which one or more cars were entered during the latter part of the 1964 season, and in the case of the Maranello car into 1965.

The three other rebodied cars – bought privately by Corrado Ferlaino, Edoardo Lualdi and Oddine Sigala – were raced exclusively in national Italian and European events and are described in more detail on the following page – The Italian Scene.

Click on the ‘SEE EXCERPT ’ button on the left to see the layouts and text for the section describing the Daytona 2000kms race at the start of  THE INTERNATIONAL SCENE 1964 part 1 chapter from the book. 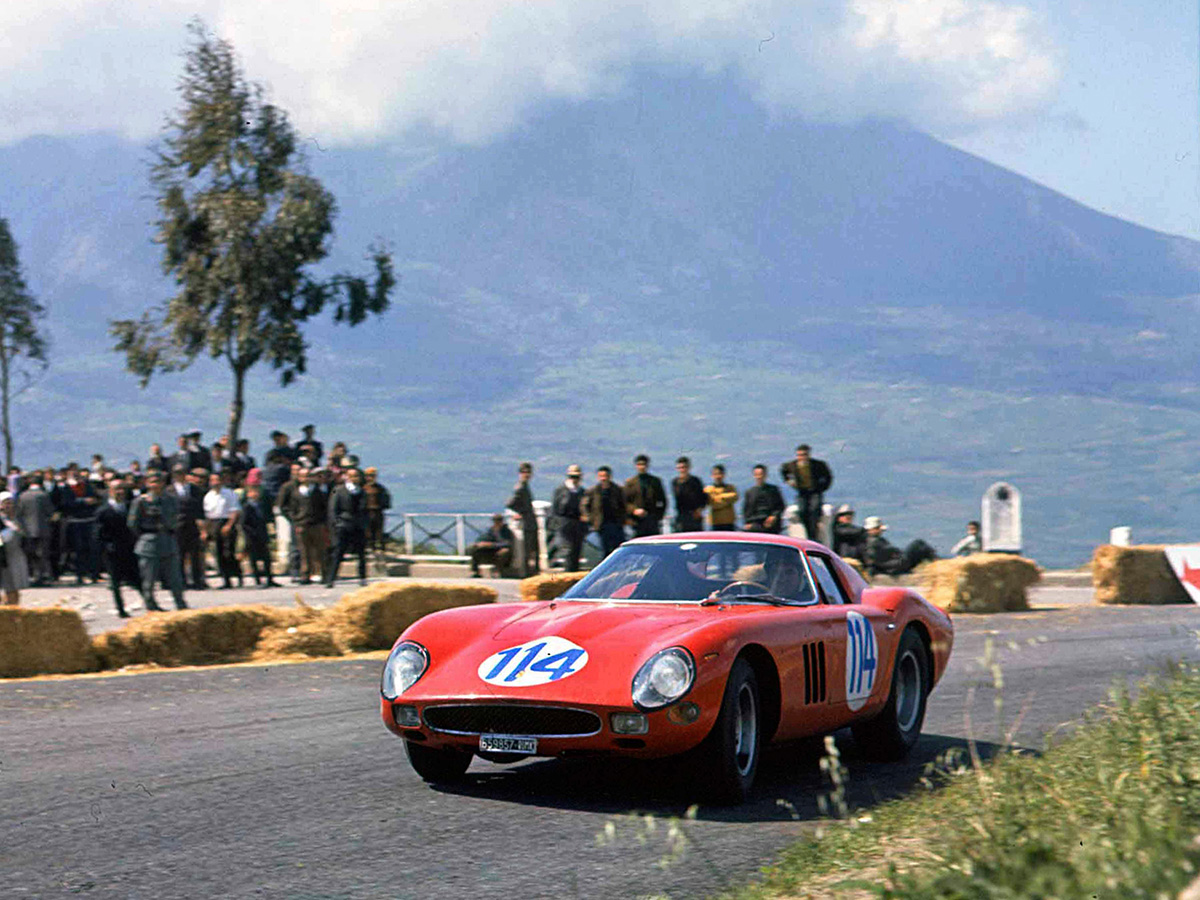